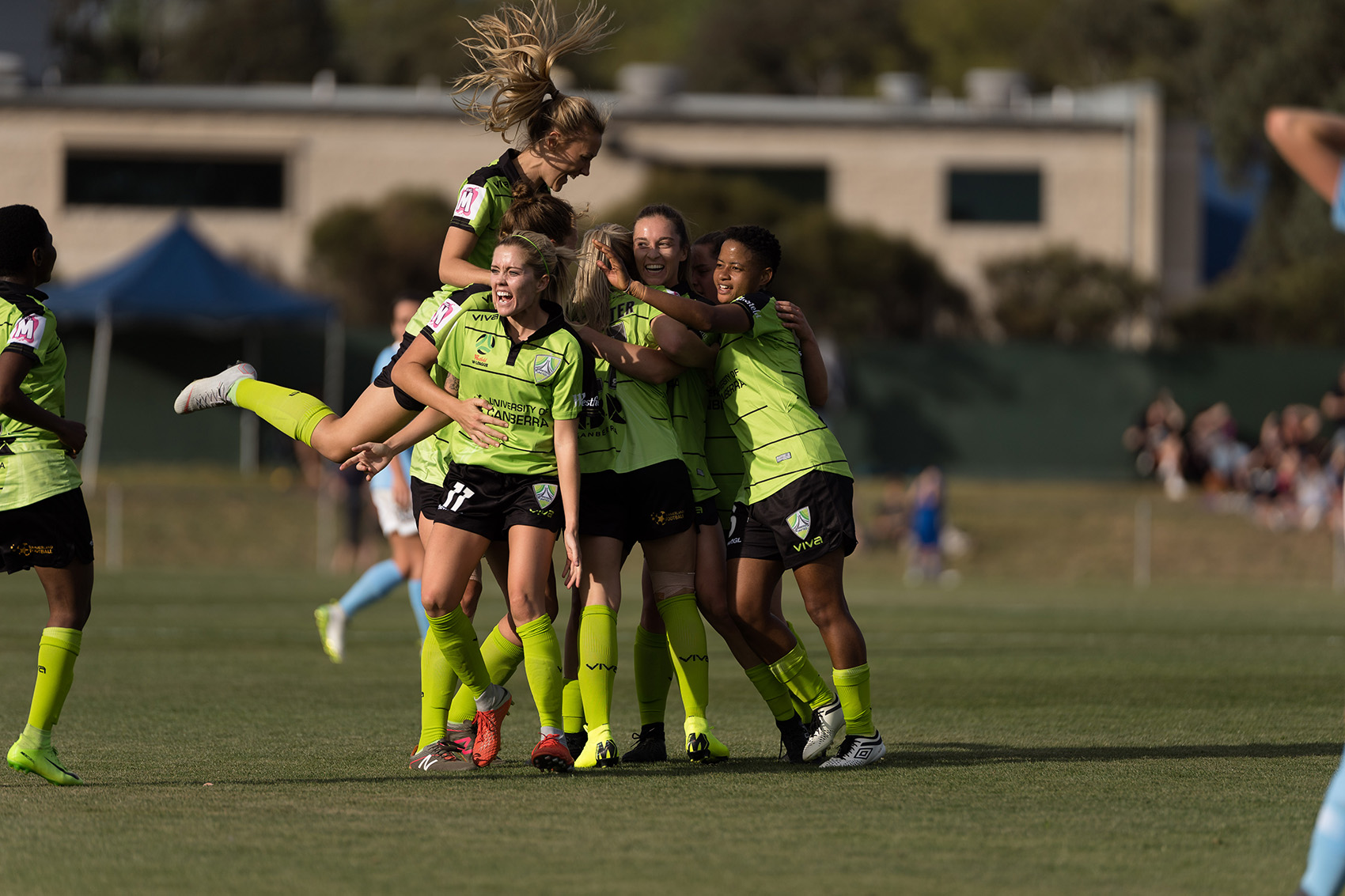 Three goals in the final eight minutes from Perth Glory helped them to a share of the points on a wild afternoon at McKellar Park on Sunday.

A Sam Kerr inspired comeback from the Glory saw them recover from being 4-1 down with eight minutes to play to stealing a draw.

Canberra looked to have the three points in the bag in the 80th minute, up by three goals and against 10 players after Kim Carroll was dismissed earlier in the second half.

Kerr was instrumental in the late Perth comeback, directly involved in all three goals inside the last 10 minutes.

Kerr’s equalising goal came in the 90th minute, after her cross deflected off the foot of United Captain Rachael Corsie, leaving Sham Khamis wrong footed and the ball rolling into the back of the net.

The game got off to a frantic beginning as both sides scored inside the opening six minutes to leave McKellar Park in disbelief.

The visitors opened the scoring in the fifth minute after a miscue from United midfielder Denise O’Sullivan, which saw her head the ball into Canberra’s own net from a Glory Corner.

But Canberra responded instantly after midfielder Laura Hughes used her body to draw a foul from Perth defender Kim Carroll, leaving referee Lara Lee with no choice but to point to the spot.

Refiloe Jane took spot kick responsibility and made no mistake, sending the keeper the wrong way to pull the hosts back level.

Rhoda Mulaudzi put United ahead in the 30th minute with her second goal of the season, finishing from close range after Corsie headed down a corner to the feet of her teammate.

And they extended the lead further on the stroke of half time through a stunning strike from Maria Jose Rojas.

Rojas launched a right foot rocket from outside the box into the top left corner, sending McKellar into raptures shortly before the half-time whistle.

United’s received another boost in the second half whenPerth defender Sarah Carroll received her marching orders after picking up her second yellow card.

The day got better and United pushed their lead to three goals with 13 minutes remaining, Jane converting her second penalty after some silky footwork from Nicki Flannery saw her brought down in the box.

Only four minutes later it was almost five for United, but Aoife Colvill put her close-range effort the wrong side of the upright after a great cross from Ellie Carpenter, and just a minute later Perth got their second through Alyssa Mautz.

United now enter the international break equal first on the ladder with Brisbane Roar and Melbourne Victory, ahead of a meeting with Newcastle in two weeks’ time.